By the end of the January 1904, arrangements were made for W Fernie of Troon to layout the course for a fee of one guinea, with all expenses paid. He won the Open Championship in 1883 at Musselburgh while he was the professional at Dumfries. Mr Fernie went on to be the professional at Troon Golf Club from 1887 to 1924. There, he was responsible for drawing up the plans for the alteration of Troon's course, including the world famous 'Postage Stamp' hole.

Hugh Millar was appointed green-keeper at a weekly wage of 28/-. A tool shed was erected for £7.5.0, the purchase of a horse roller, hand roller and Philadelphia cutting machine was approved at a cost of £14.3.0.
The name of the club at the new course was to be Ralston Golf Club and the very slender assets of the old Bellahouston Golf Club were transferred. At the last Bellahouston AGM, the bank balance stood at £9.11.7, but the membership was a healthy 129. There is nothing in the minutes of any levy being applied, but it was resolved that the terms of membership for gentlemen be one guinea entry fee and the ladies' section would be 10/6d Membership of the gents section was limited to 300 as there had been a vast increase in applications. Members of the Bellahouston Club who had not replied to a circular offering membership of Ralston were dealt an ultimatum to reply by return - or it would be assumed that they didn't wish to continue as members.


At a Special General Meeting on March 23, 1904, the committee advertised in Glasgow's three evening newspapers that the entry fee was being doubled to two guineas and the membership limit increased to 350.

A House Committee was formed and a special sub-committee appointed to prepare local rules, by-laws and fixtures. It was resolved that junior members would not be eligible to take part in competitions.

On Saturday 30th April 1904 at 3pm Sir Charles and Lady Cayzer performed the "Opening Ceremony" of the course.
On Friday 6th June 2014 we celebrated the centenary of our Clubhouse by replicating the photo taken of the opening in 1914. 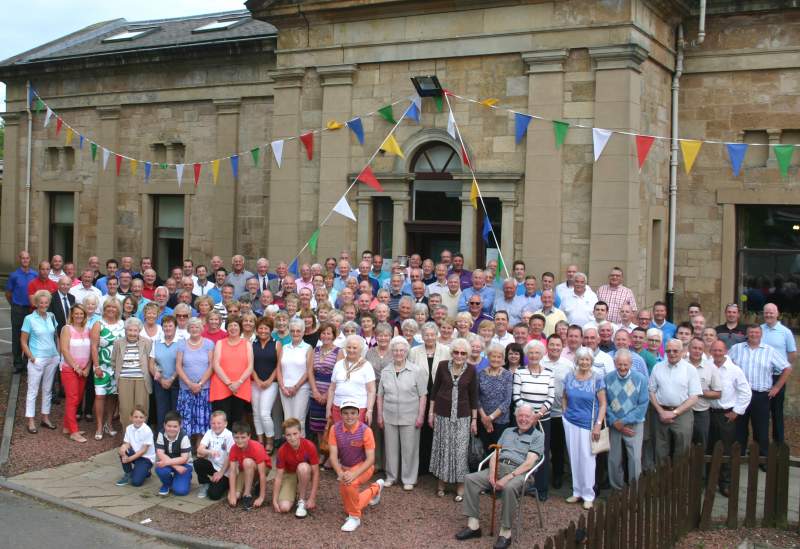 "Remembering a hero from Ralston"